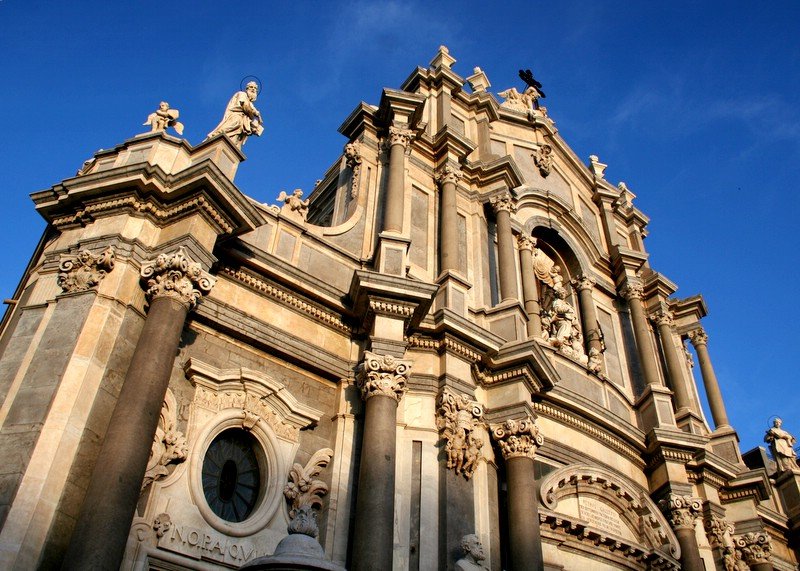 Catania, city of ancient origins, was devastated, in the seventeenth century, by violent eruption of Mt. Etna, which in 1669 destroyed the city, and by an earthquake in 1693. These catastrophic events allowed the city to be rebuilt according to the baroque style of that time. In Piazza Duomo, overlooking a traditional and colorful fish market, you find the monument symbol of the city, “U Liotru”, an elephant crowned by an obelisk. In front the municipal buildings, close to Via Crociferi, there are churches and monasteries built by famous architects in the eighteenth century, and as you stroll by in Via Etnea you can enjoy the beautiful view of Mt. Etna.

Around this area you can also visit…

Restaurant in the centre of Grammichele